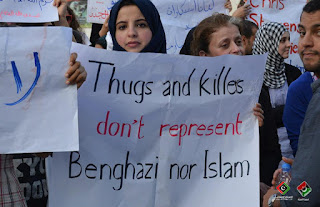 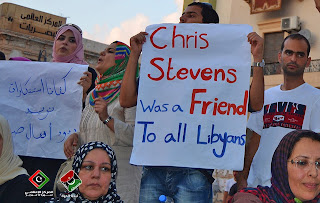 On Stephen Zunes’ Statement about Morocco, Israel, & the Western Sahara.

In a recent interview for Al Jazeera English with Mark LeVine, Professor Stephen Zunes provides a scathing critique of Morocco as an occupying force in the Western Sahara. Zunes, a well-respected scholar of international relations, goes so far as to compare Morocco’s 1975 annexation of the Western Sahara to Israel’s occupation of Palestine. Zunes declares:

While a number of those claims are factual, Zunes’ statement is also deceptively one-sided, simplistic, and fails to account for the political and historical dimensions of the conflict.

The Western Sahara has been the subject of controversy, international litigation, and bellicose conflict since 1975 when Spanish colonial forces left the territory. The territory was thereafter divided into two, with one part controlled by Morocco and the other by Mauritania.

Immediately after Spanish decolonization, a rebel Sahrawi group in the camps of Tindouf in Algeria led by the POLISARIO (Spanish acronym for the Popular Front for the Liberation of Saguia al-Hamra and Rio de Oro) and supported by the Algerian government, declared the territory's independence and unilaterally proclaimed the establishment of the Sahraoui Arab Democratic Republic.

After Mauritania's withdrawal from the territory, Morocco quickly assumed control over the southern part of the Western Sahara. A decade of violence ensued, lasting most of the 1980s, between the POLISARIO and Moroccan forces. The conflict ended in 1991 with an UN-brokered cease-fire and a planned UN-sponsored referendum for self-determination, which has yet to take place.

As Zunes states, it is true that the UN has labeled Morocco an occupying force in the Western Sahara. It is also true that, during the long years of military conflict with the POLISARIO, Morocco built a fortified defensive wall called “berm” in the region.

However, in his interview, Zunes never mentions Algeria's influence over the conflict or its consistent rejectionist stance toward any solution to the stand off. Algeria has been the POLISARIO's principal benefactor since the beginning of the conflict in 1975, and has maintained a closed grip on the POLISARIO camps in Tindouf.

While talk of the referendum has diminished because of Morocco's plans to grant autonomy (though not independence) to the Sahrawi region, Zunes squarely blames Morocco for the referendum's failure. This allegation is misleading, and, again, fails to provide an accurate picture of the process.

Moroccan opposition to the referendum centers on two issues: the difficulty in determining voter eligibility, and Morocco's historical ties to the region.

The concept of self-determination has long dominated discourses on the Western Sahara conflict. As such, the conflict's resolution has depended on identifying who qualifies as Sahrawi, and is, thereby, eligible to vote in the referendum.

Modern theories on self-determination lack the basic parameters for defining a "people" entitled to self-determination or autonomy. As with most conflicts, the dizzying number of UN resolutions on the Western Sahara conflict fail to demarcate the contours of identity, while clearly positing self-determination as a sine qua non to self-governance.

This approach to the Western Sahara also reflects the UN's lack of historical knowledge about the territory. Such knowledge could have enriched its understanding of the complex identity issues at stake for all parties to the conflict.

Historically, the Western Sahara was not demarcated and may local tribes paid allegiance to different powers. Sahrawi tribes, which had their own internal governance structure, led an autonomous life and paid allegiance to the central authority of the Makhzen, or monarchy, in Morocco.

This power-sharing structure is similar to what Morocco is offering the Western Sahara today - under the autonomy plan, the region's residents would pay allegiance to the Moroccan king while leading an autonomous life within their tribes.

In his interview, Zunes refers to the International Court of Justice’s (ICJ) advisory opinion, which sought to determine whether the Western Sahara was “terra nullius” (no man’s land) during Spanish colonization. On October 16, 1975, the Court rendered its opinion, finding no evidence “of any ties of territorial sovereignty” between the Western Sahara and either Morocco or Mauritania. It found, however, that there were “indications of a legal tie of allegiance between the Moroccan Sultan (King) and some of the tribes in the territory.” It is on this basis that Morocco annexed the territory, albeit unlawfully according to the UN.

Zunes provides scant detail on the ICJ's decision and its historical context. Indeed, the interplay of power within the Makhzen between bled al-makhzen (territories firmly under state control in terms of rule and taxation) and bled es-Siba (territories paying allegiance to the Moroccan Sultan, but not necessarily paying taxes) is often de-emphasized both by analysts of the conflict and referendum advocates in the international community.

In North Africa, territorial boundaries are colonial creations, which were drawn with no respect for the nomadic tribes that roamed sub-Saharan region. The UN referendum seeks to define the Western Sahara based on colonially imposed demarcations of the region. What Zunes and other analysts fails to understand is that Moroccan opposition to this approach lies in its complete disregard for the Makhzen's historical ties to the Western Sahara.

The Western Sahara conflict will remain a contentious issue in the Maghreb region, especially in the absence of strong international pressure, Morocco's intransigence regarding its historical ties to the region, and Algeria's realpolitik, rejectionist posture. Arguments about Moroccan occupation of the territory, while valid from the point of view of international law, do not do justice to the intricate issues of identity, sovereignty, and history that define the conflict. In order to resolve the Western Sahara standoff, negotiators must reconcile these issues with the geopolitical aspirations of the involved parties.